According to the World Health Organisation, a quarter of the population of the planet does not get enough exercise. At the same time, those who are physically active are 30% less likely to suffer from depression and dementia, says Kadri Paat, the head of personal and gym training at MyFitness.

Figures published by the World Health Organisation show that 26% of men and as many as 35% of women do not get enough exercise. For example, those aged 18-64 should be doing at least 150 minutes of medium-intensity or 70 minutes of high-intensity exercise a week, as well as extra training two days a week to strengthen their bones and muscles.

Kadri says scientific studies have proven time and again that regular exercise is of great help in alleviating mental health problems. “Popping a pill doesn’t always need to be your go-to,” she explains. “Increasing the amount of exercise you do each day is often far more effective.” A study conducted by medical professors in the United Kingdom has shown that physical activity and exercise can be of help in combatting stress and a range of mental health problems and in notably reducing the symptoms of dementia.

“People often look for a ‘miracle cure’ or some amazing new workout or diet as a quick fix for their health, but the true magic lies in simple, everyday routines we should all be implementing,” Kadri advises. “We should be getting 7-9 hours of sleep a night, walking or cycling more and taking breaks from our screens and smart devices.” 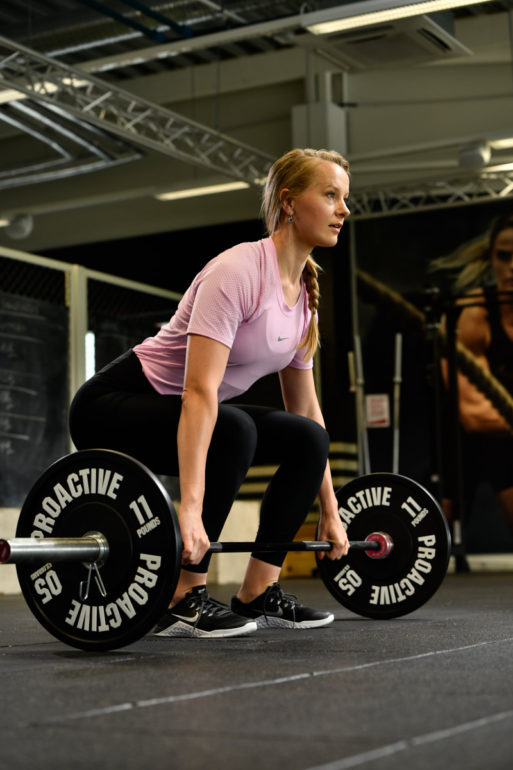 Kadri says studies have also shown that tiredness is a major problem among adults. For example, as many as 35-40% of people in the United States say they have to fight off drowsiness during the day. A total of 2600 men and women between the ages of 18 and 85 were studied, each doing at least 150 minutes of medium- to high-intensity exercise a week. As a result, they felt brighter generally and less tired during the day, and slept better at night.

“It shows that physical activity improves your performance during the day, which is why we sleep better at night, which in turn boosts our performance further and leaves us feeling less stressed,” Kadri explains, illustrating the way that exercise and mental health feed into one another in an endless loop. If you sleep poorly at night, you will likely feel more tired and less active during the day and reach out for higher-calorie food or sweets for a quick energy boost.

Start exercising for the right reasons

“That happens when people exercise for completely the wrong reasons or they’ve got the wrong idea about exercising from social media or somewhere,” Kadri explains. “They think that someone doing exercise just to get fit or stay fit should be working out to the level of a professional athlete or weight-lifter, despite their goals not being even remotely the same.”

There are also people who feel bad about themselves – those who are unhappy with their appearance, for example – who go the gym as if to punish themselves or to compensate for problems whose roots, in fact, lie elsewhere. “You can work out so much and so hard that you’re sweating blood if you want to, but it won’t be of any use at the end of the day if everything else in your life is out of whack,” Kadri says. “That’s why it’s important to work on yourself at different levels and to come up with an exercise routine and structure that works for you on a day-to-day basis.”

All too often people labour under the misapprehension that hitting a specific target in regard to their body fat percentage will make them happy. “In fact some people end up finding their mental health suffers even more from all the working out and that they end up unhappier than they were to begin with, because they realise they’re trying to achieve the unachievable,” Kadri warns. “I like the idea that you should treat your body the same way you would if it belonged to the person you care about most in your life.”

Kadri stresses that the biggest mistake people make when taking up exercise is wanting it all and wanting it now. “All those ‘get in shape for summer’ initiatives and 30-day challenges and week-long detox diets – none of them actually work,” she cautions. “What does work in the end is a consistently healthy lifestyle with regular exercise and a routine that fits in with your everyday life. You have to think about the steps that will work for you and that you can feasibly take every day for the rest of your life.” She adds that as you grow used to your routine, you can add more steps along the way.