Let’s keep the spirit strong and overcome eating disorders together

In today’s world, there are many different opportunities and solutions to ensure the sustainability of the environment and nature. We are surrounded by people who want to make a positive impact on the world and take steps towards a brighter future. But at the same time, while improving the world, it is very important to first find peace and balance within yourself. That’s why today we focus on eating disorders, negative sides of social media, and over-exercising. Peaasi.ee consultant Ailen Suurtee and former professional athlete and personal trainer Anna-Liisa Sutt will help us to discuss these topics. 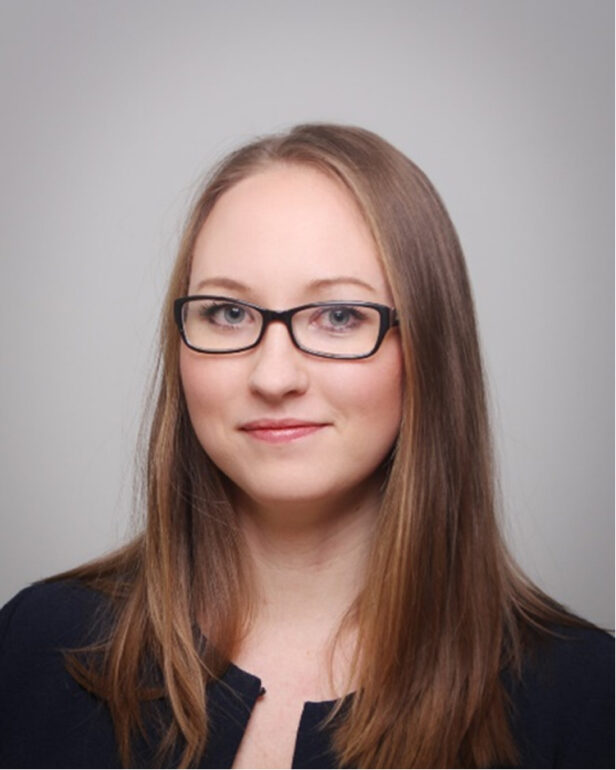 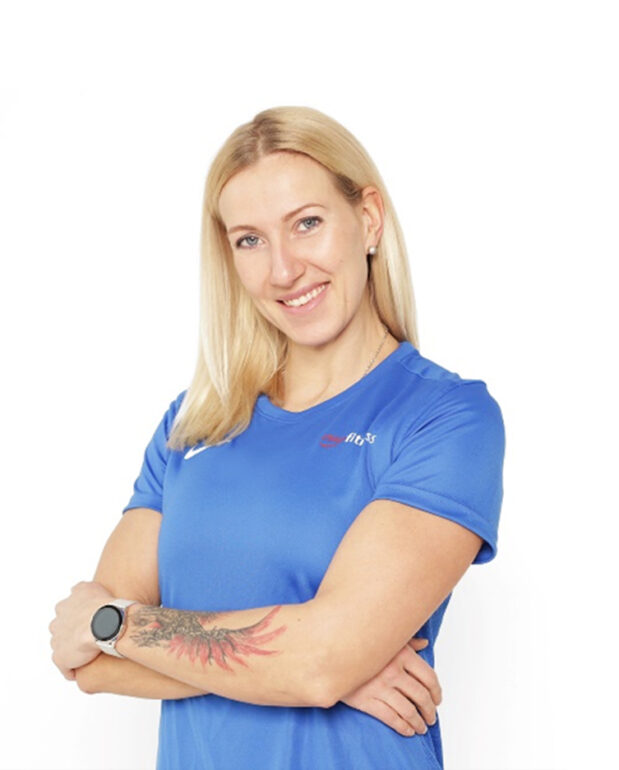 How many people with eating disorders seek help from Peaasi?

Ailen: Unfortunately, we do not have such statistics. More generally, eating disorders occur in a fairly large percentage of people during their lifetime. According to various studies, the prevalence of anorexia is 0,5–3,7%, and bulimia is 1,1–4,2%. Among adolescents, these disorders are one of the most common mental health problems. Although most eating disorders are more common among girls and women, they can also occur among boys and men. It is estimated that approximately 10% of eating disorders are diagnosed among men. There may be some difference in symptoms – women tend to focus on losing weight and men on building muscle mass.

Anna-Liisa: Since I have been sharing my experience very openly and honestly for many years, both on social networks and at trainings and seminars, quite a lot of clients come to me with their stories and experiences.

What are the main eating disorders and what causes them?

Eating disorders develop as a result of the interaction of various factors. In many cultures, being thin and slim is considered very important. In many societies, being thin means beauty, success, happiness, and self-control. For most women, extreme thinness is biologically and genetically not natural or achievable. This creates conflict and dissatisfaction with one’s own weight and shape.

Psychological features that may contribute to the development of anorexia: low self-esteem, feelings of inferiority, constant dissatisfaction with one’s body, depression, difficulty in expressing one’s feelings, rigidity of thinking, need for control, perfectionism, a tendency to avoid conflicts, the need to feel special or unique.

Life-changing events can trigger an eating disorder in people who already have it for various reasons. Such a trigger may be the beginning of adolescence, a change of school or job, difficulties in school or at work, the end of a close relationship, the loss of a loved one. Anorexia can also be triggered by diet and weight loss. One of the causes of anorexia is hereditary predisposition. Anorexia is 8 times more likely to affect people who have relatives suffering from anorexia. But still, experts don’t know what causes this pattern.

It is also known that anorexia is more common in young people from families whose members suffer from depression or alcohol abuse. Many studies have shown that anorexia is associated with dysfunction of the hypothalamus. The hypothalamus is a part of the brain that regulates metabolic processes in human body. There are also studies that have found an imbalance of neurotransmitters (substances that transmit information in the nervous system) in the brain.

Anna-Liisa: The main eating disorders are anorexia, bulimia, emotional overeating and orthorexia. I see the latter more and more often, because there is a fine line between healthy eating and compulsive behaviour: healthy eating and nutritional information become an obsession that affects and harms daily activities.

Eating disorders are always a consequence. To understand the mechanisms of development and the factors that played and are playing a role, you need the help of a specialist; but first of all, you need to admit to yourself that there is a problem. In my experience, these causes are most often psychological, and their effects appear already in childhood. Each story is unique, but there are a few commonalities, such as over-perfectionism, parents’ excessive focus on appearance and opinions of others, constant comparison with others, unrealistic ideals of beauty expressed on social networks, dysfunctional family relationships.

How often are the negative sides of social media mentioned in relation to eating disorders?

Ailen: This is very specific information and we don’t collect it. However, when working with patients, it is quite common to find that social media accounts that reflect weight loss, anorexia, self-harming behaviour if not trigger the eating disorders, then strongly support such disorders. Such accounts encourage people to apply more and more restrictions in food intake and to harm their health. The only rational way to deal with this is to unfollow these accounts, because even if we don’t want to, eating disorders are so powerful that any photo, thought, suggestion or sentence can lead a person back to unhealthy actions.

Anna-Liisa: At first, nobody names this reason. I think this is due to the fact that these things surround us every day and we do not notice the problem. However, there are situations when we discuss this topic and the client herself discovers that the main source of stress is, for example, constantly scrolling the Instagram and comparing with others. And the result is low self-esteem, because “I am not as beautiful, I am not as thin, I not in such good shape, I don’t have such a life, I don’t have such a body, I don’t have such successful relationships, i.e. I’m absolutely worthless.”

This is also the reason why as a youth and personal trainer I speak about REAL life and my experiences with eating disorders, and I do it honestly and candidly. I also encourage other trainers who want to promote and support healthy and supportive behaviour to show life as it is. Only in this way can we identify with each other and share the real stories of real people with all their joys and sorrows.

How to detect eating disorders in your habits and how to help yourself?

Ailen: If the rational diet is about losing weight in a healthy and slow way, then for a person with an eating disorder it doesn’t matter how much weight loss affects their health – only the slim body is important. With eating disorders, there is often dissatisfaction with one’s body. You see yourself in the mirror bigger than you really are, and food is used consciously or unconsciously to deal with your emotions. It is through food that you try (in the form of eating or not eating) to improve your whole life. The development of an eating disorder is usually characterized by adherence to extremely strict dietary guidelines or by fluctuating between severe restrictions and overeating. The development of an eating disorder can also be noticed by the fact that a person begins to judge her/his appearance and well-being almost exclusively by the weight and forgets other important things in life.

Anna-Liisa: You have to ask yourself one question: is there anything in my eating behaviour that interferes or negatively affects my daily life? In eating disorders, early intervention is extremely important. The longer the disease progresses, the more difficult it will be to get rid of it, if at all. As the disease worsens, the person becomes a master manipulator and also lies to himself, since the main goal of the disease is to drive the person into isolation and reject any outside help. When the first doubts arise, I recommend contacting a trained specialist as soon as possible. Don’t underestimate the power of an eating disorder or you’ll end up in a situation that will be very difficult or even impossible to get out of.

Obviously, people often try to help themselves in harmful ways, such as over-exercising. Any comments or tips?

Ailen: Compulsive over-exercising is characterized by exercising to the point where it has a devastating effect on the body. Compulsive overtraining often occurs at the same time as anorexia or bulimia. In this case, the food is not excreted with the help of vomiting, laxatives or diuretics, but the person tries to compensate the calories received from food through exercising. There are also patients who suffer from overtraining and anorexia/bulimia, as well as vomiting. In the case of a disorder, a person gets rid of the feeling of shame caused by a previous overeating with the help of working out, or uses physical exercises to allow himself to eat at all.

As with other eating disorders, at first glance it may seem that the goal of exercise is simply healthy lifestyle. In fact, the physical, emotional and social condition of a person suffering from a disorder is in great danger, since compulsive behaviour leads to problems in all areas of life. The feeling of temporary control and power over oneself provides a certain increase in self-esteem, but does not help solve the deeper problems that caused the disease. Changing this addictive behaviour in collaboration with a specialist is essential to avoid health problems associated with the disorder, such as dehydration, stress, osteoporosis, degenerative arthritis, menstrual irregularities, fertility problems, and heart problems.

Anna-Liisa: If we are talking about overtraining due to an eating disorder, I advise you to ask yourself a few questions:

Again, the key is to quickly discover and address the problem and contact a specialist or, initially, someone close to you. A person already suffering from an eating disorder is not able to give himself honest answers, because this serious disease distorts the perception of reality and disrupts brain chemistry, and the person’s behaviour is dictated by the eating disorder and its behaviour patterns.

Find out more at or contact a Peaasi.ee consultant for help. If you need help from a nutritionist or personal trainer, you can find help here. To contact Anna-Liisa, write to annaliisa.sutt@myfitness.ee