How to shape habits?

How to shape habits?

We have all heard that developing habits takes time and requires consistency and discipline. But at the same time, most of our habits have evolved, so to speak, without our being aware of them. For example, we don’t consciously decide every morning that after breakfast it is necessary to brush the teeth or that we have to lock the door when leaving the house. If we had to think about all these automatic activities on a daily basis, it would take way too much energy and, most likely, we would go mad pretty quickly. A study published in 2006 found that more than 40% of people’s daily activities are not decisions but habits. The more often we do certain activity, the more likely it will become a habit. One of the main reasons for this is our brain structure.

The lower the level, the higher the priority it has for the brain. In other words, if your life is in danger (think: stress), it is not wise for the brain to engage in creative work or planning, and the frog and monkey levels take over.

The brain is largely made up of water and makes up about 4% of our body weight, but uses about 20% of all the energy we get from food. The brain is structured in such a way that we habitually perform the activities to which our body and mind are accustomed. These activities demand the least energy from the brain and the least power from our body, and are the most effective way for the body to function. 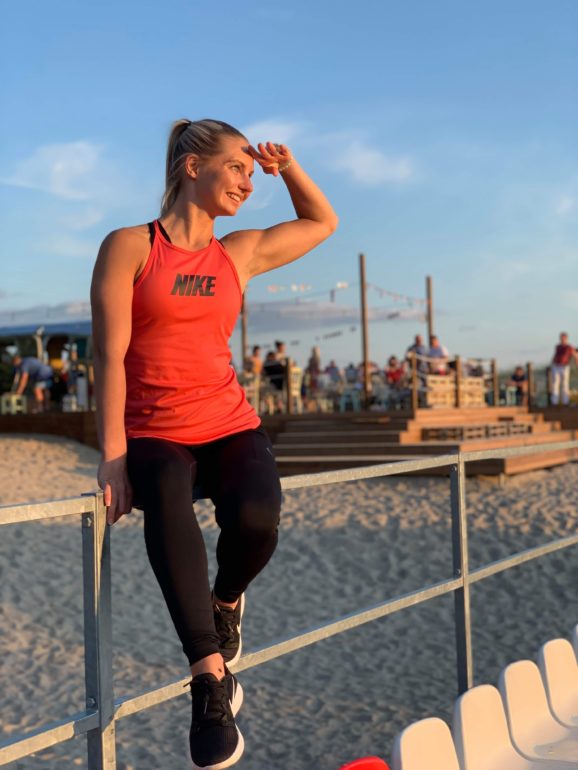 What is a habit?

Habit is an activity that we do regularly and automatically without having to think about it. For example, when you leave home every morning, you lock the door. After putting on your sneakers you tie the laces.

How does it develop?

Habits develop through a psychological pattern called the habit circle. It consists of three parts: a reminder, followed by an action, and then a reward. For example, after lunch, you see chocolate in the coffee corner (reminder) and as you pass you grab some pieces of chocolate (action), followed by a feeling of satisfaction (reward). Or when you come home in the evening, you notice the sneakers at the door (reminder), you go for a run (activity), and then you are proud of yourself (reward). It is important to note here that the reward does not always have to be positive. Upset stomach or self-blame may be the reward for the same habit (when eating too much chocolate). However, it is worth remembering that a positive reward always has a greater effect than a negative one.

How long does it take to change a habit?

According to various data, it takes 21–180 days, or up to half a year to develop a habit (Wood & Neal, 2007). This is because the development of habits depends on many different factors such as stress, habit complexity, willpower, situation, environment, knowledge, skills, and experience.

In other words, the results you have achieved so far are a set of your habits. Similarly, if you want to achieve something in the future, it is worth thinking about what habits will help you to make your dream come true and what habits are hindering.

How to change a habit?

Changing a habit is generally difficult, even when the new habits are vital. For example, one study found that after heart surgery, only one in nine people made their lifestyle healthier. Change is severe because it evokes a feeling of physiological discomfort and requires a lot of energy and attention (the level of a rational thinker). (Rock & Schwartz, 2006).

It is recommended to change one habit at a time by setting reasonable goals for yourself. Choose the habit you want to change, set the reminder and the reward, and start practicing.

For example, if you want to make your diet healthier, place fruit and vegetables in a highly visible spot (reminder), eat them with each meal (activity), and feel satisfied and healthier (reward).

And then repeat, and repeat, and repeat this activity until it becomes an automatic positive habit. Be sure to be prepared for small setbacks as well, because, as you already understood, changing a habit is not easy. But consistency and discipline will lead you to your goal.

We use cookies to help provide you with the best experience we can when you use our website. By continuing to use our website, incl. staying on the landing page, you are agreeing to our use of cookies. You can at any time revoke your consent by changing the settings of your device and deleting saved cookie files. Please read our Cookie Policy.